I see performance art as the bastard child of a one-night stand between theater and the visual arts, and no one wants to claim this black-sheep offspring because it remains difficult to define. I employ performance art as a creative strategy to empower myself, and cultivate the voices of marginalized communities of color
​experiencing the trauma of political divisiveness
​& lingering legacy of white supremacy. ---JTT

CAL ARTS Students from Performance Workshop Series & One-week Visiting Artist Residency
For the past twenty 25 years, I've employed performance art as a conceptual umbrella and creative cauldron for my hybrid genre provocations. I explore the underbelly of the “North American Dream” mythology and the post-9/11 blind nationalism that has led to this rampant anti-immigrant hysteria gripping the United States of Amnesia, which seduces you to embrace forgetting that this empire has a tough time living up to its press release as the beacon of democracy. ---JTT

Live Art Performance Lecture & Keynote: United States of Amnesia & the Anti-immigrant Hysteria
Performing the role of a shamanistic time-traveler, renegade scholar, and performance activist, José Torres-Tama dares to remind us that the United States of Amnesia seduces you to embrace forgetting, and the current anti-immigrant hysteria gripping this "freedom-loving" nation is nothing new. From the Fugitive Slave Act (1793), to Indian Removal Act (1830), to Japanese Internment (1942), to Operation Wetback (1954), and to the most brutal Zero Tolerance Policy of June 2018, these laws are all part of a dark and long legislative legacy to strategically dehumanize people of color and propel white supremacist beliefs. Opening with an explosive live performance and maracas in hand to add to the percussive rhythms of his poetic text, Torres-Tama takes us on a hidden history ride of a nation built on genocide of Native Americans, enslavement of Africans to build the empire, and appropriation of the northern territories of Mexico from Texas to California to manifest imperial destiny. This is a forty-minute Live Art performance program with 20 minutes of engagement with students and audiences.

Radical Live Art Lecture: What is Performance Art?
In this Radical Live Art Lecture, the artist, as renegade scholar, offers a provocative introduction to performance and its intrepid practitioners, who employ video/film, live action, visual tableau, spoken word/poetry, contemporary dance, personal stories, and conceptual movement. A challenging hybrid form to categorize, performance art is regularly demonized by mass media and misunderstood by the general public. Making a case for performance art as the most dynamic and daring genre of the latter 20th Century and new millennium, Torres-Tama offers a charged participatory experience that transforms the static "lecture" into a "Live Art" ephemeral installation. (This is a forty-five minute program with film projections and an audio sound-bed  that can be facilitated in a smart room.)

Speaking Engagement for Conference Keynotes: The Performance Artist as Provocateur
Through a visually dynamic interdisciplinary analysis, the role of the artist as a socially engaged citizen and activist is explored, and MAP Fund award-winning José Torres-Tama discusses his critical writings, visual and performance practices, and empowerment projects with marginalized communities of color--all of which challenge the United States of Amnesia to live up to its press release as the beacon of democracy in the free world. Audiences are encouraged to participate in an engaging program where art making is employed as a tool for social change. This is a forty-five-minute LIVE ART performative presentation with an additional 15 to 30 minutes for discussion. (Technical needs include a connection for the artist's MAC computer, large white screen for short film projections, and a wireless microphone).

Exploring the Personal to Comment on the Political in Performance:
In this one-day interactive workshop, the artist investigates the usage of autobiographical material as subject matter to explore larger issues concerning race, religion, gender, and personal politics within performance. The personal story is discussed as an imprint of an oral tradition because one's particular experience will always have universal resonance. Student or community participants are led through a series of improvised text and movement exercises designed to create a nurturing space for the sharing of personal experiences. Performance techniques that exemplify creative invention and aesthetic choices are discussed. (This workshop can last from two to three hours, and is best housed in a theater or community space with diverse participants.)

Immersive Artist Residency: Exploring Trauma through Performance
In this immersive workshop process, the artist employs performance as a means to unleash trauma for healing through collective live art rituals informed by corporal commitment, improvised personal stories, identifying mythic archetypes, and developing a nurturing space that honors the individual story as part of the greater human collective. Offering an intensive and inspiring introduction to developing community performances, he guides and cultivates the physical, conceptual, and actual voices of the participants. He engages in ensemble building through collaborative trust and willingness to consider Federico Garcia Lorca’s ideas of “duende” possession when delivering work that transforms all into avatars of difficult truths. This is best served through a three to five-day residency process to engage deeply with marginalized communities or student participants, and it can culminate in the creation of an original ensemble performance.

All performance workshops are best served when there is a diverse group of participants, and they are offered bilingually to Spanish-speaking immigrant communities.

Torres-Tama’s interdisciplinary performance workshops have been hosted at national and international academic institutions that include Duke, Vanderbilt, CAL ARTS, LSU, University of Michigan, Ohio State University, University of Maryland, Roehampton University in London, the Bluecoat Arts Centre in Liverpool, and the Centre for Performance Research in Aberystwyth, Wales.

Organizations that have developed Youth Performance Projects and workshops include the Ogden Museum of Southern Art in New Orleans, LA; the National Hispanic Cultural Center in Albuquerque, NM; Tigertail Productions in Miami, FL; and the Walker’s Point Center for the Arts in Milwaukee, WI. Such projects have been funded with the generous support of the National Performance Network; the National Endowment for the Arts; the New Orleans Jazz & Heritage Foundation; Alternate ROOTS; and the Philip Morris Foundation. 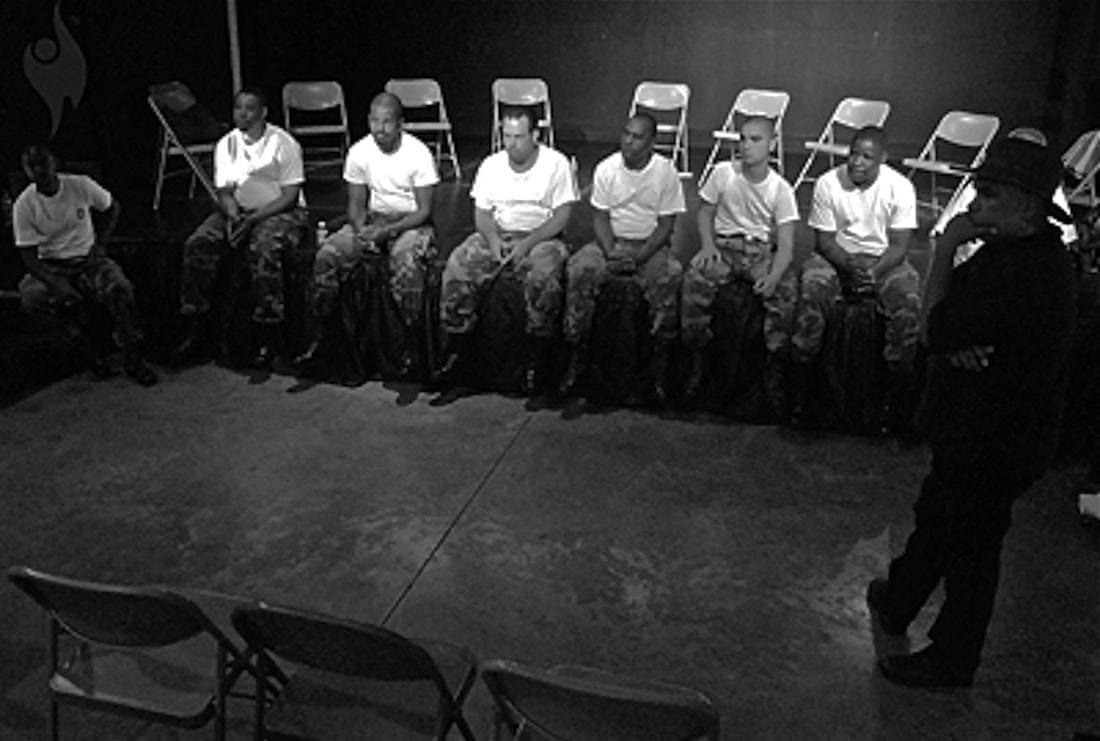